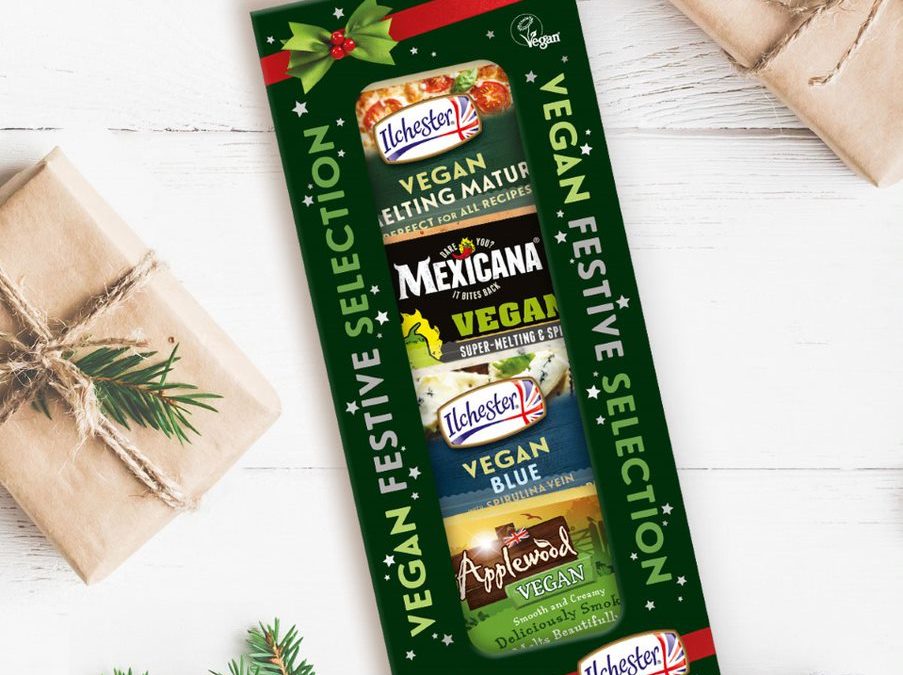 We’re proud to announce the launch of first ever Ilchester® Vegan Festive Selection from Norseland, available from the beginning of October in selected retailers. Its RRP is £6 and the size of each cheeze portion is 100g. Norseland is launching the Ilchester® Vegan Festive Selection in response to a huge increase for vegan dairy alternatives, as the number of people becoming vegans and flexitarians* over the past 18 months has soared. Research from comparison site Finder estimates that the number of vegans in the UK increased by 62% to 419,000 over the past 12 months.

We’re proud of our pioneering efforts in creating vegan cheeze in blocks and slices that pass the taste test with vegans, vegetarians and flexitarians*, with our Applewood® and Mexicana® Vegan cheezes being described as “game changing”. Our current Applewood® Vegan line has won a number of prestigious industry awards and recent research from Alertr.co.uk showed that since April, online searches for Applewood® Vegan have increased by 150% making it the second most searched for vegan product. Mexicana® Vegan, which launched in 300 Asda stores in July and is featured in the Vegan Festive Selection, is a finalist in best dairy product alternative category in the Foodbev World Plant-Based Awards 2020.

The Ilchester® Vegan Festive Selection features three brand new Vegan products alongside its multi award-winning Applewood® Vegan, the vegan version of the UK’s most popular smoky cheese Applewood®. They are: 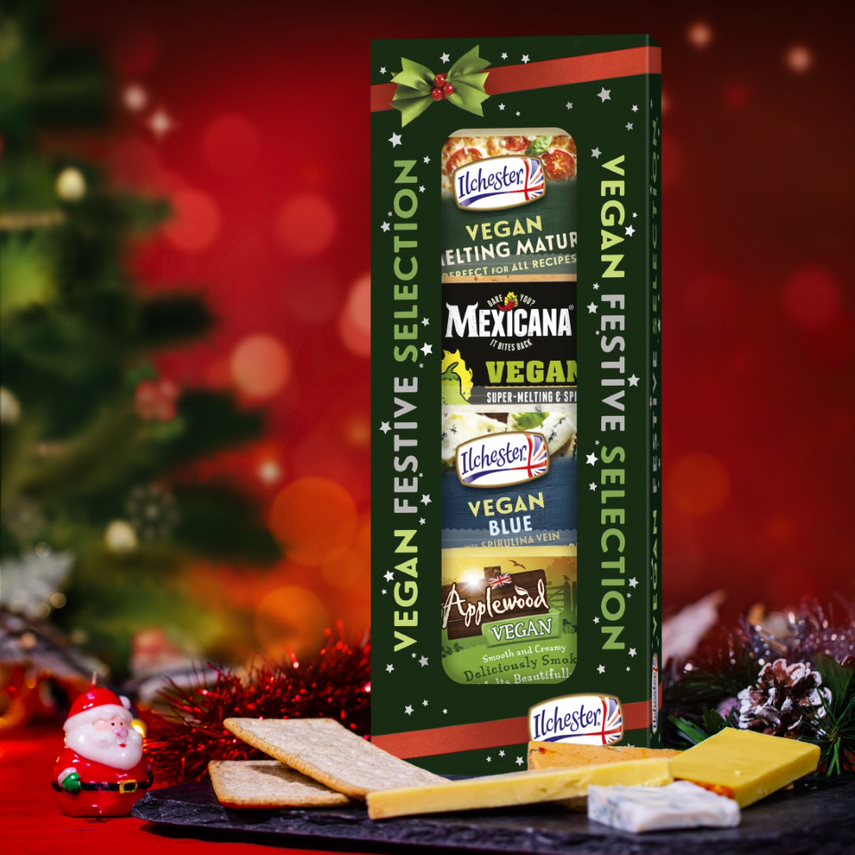 Norseland became the first major UK dairy company to introduce a vegan cheese alternative into its range with the launch of Applewood® Vegan last October. It proved to be so popular with vegans – and flexitarians – when it launched, that 40% of the stores of the first major supermarket which stocked it sold out on the first day.

The Ilchester® Vegan Festive Selection has another advantage over non-vegan cheeses at Christmas time because it has fewer calories, but still tastes as good – and some may say even better – as the traditional cheeseboard.

The Ilchester® Vegan Festive Selection will be available in selected Sainsbury’s, Waitrose and Asda stores from 4 October, 28 October and 26th November respectively.

**Flexitarians are people who mostly eat a vegetarian diet but occasionally eat meat and fish.